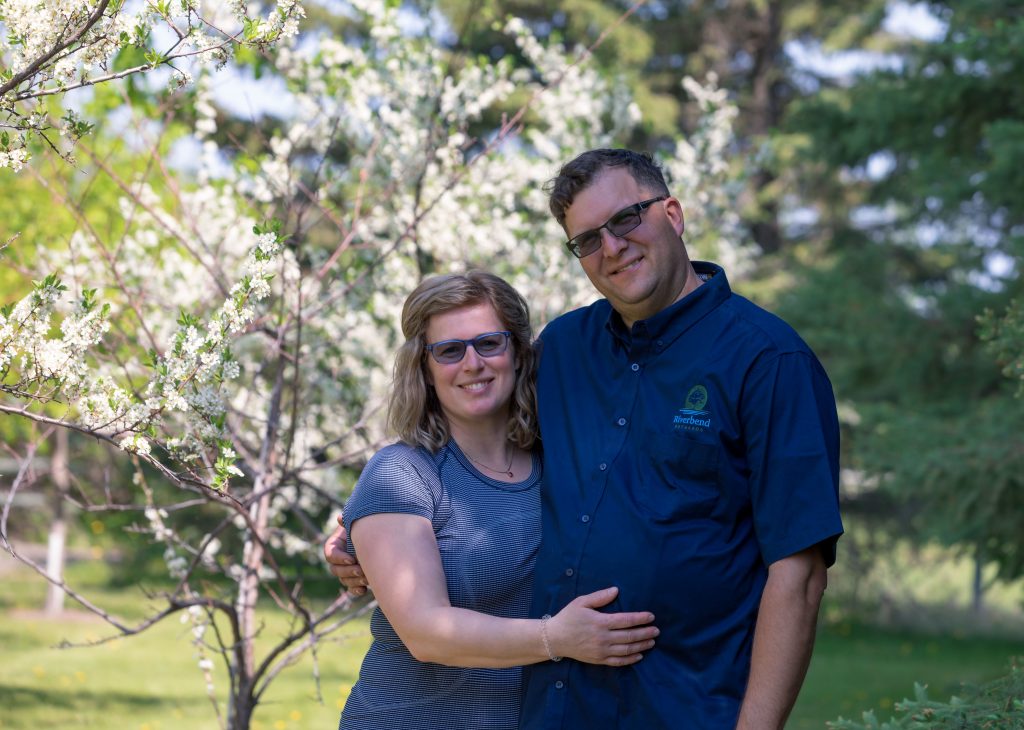 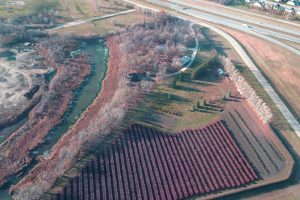 Riverbend Orchards was incorporated in spring of 2009 when Philip and Karen Ronald purchased Linden’s B B Farm, founded by the late Bill Linden and his wife Marie. The Ronald’s and their family have continued the tradition of providing locally-grown fruit for consumers in southern Manitoba.

The orchards are planted on 20 acres of fertile, river bottom soil on the south side of Portage la Prairie. We are conveniently located at 100 Old Bridge Road, within city limits. Most of the property consists of a triangular-shaped acreage bordered by Highway 240 to the east, George Lake to the west and the Trans Canada highway to the north. George Lake is a part of Garrioch Creek which drains Crescent Lake into the Assiniboine River.

Each year, fruit picking commences in late-June with haskap (honeyberries), followed by saskatoons and gooseberries in early to mid-July, then tart cherries in mid to late July. Plums and apples are expected in late August. Customers can choose to pick their own fruit or buy pre-picked fruit from our coolers. Depending on crop size, pre-picked berries are typically available fresh for several weeks in the summer and frozen for a longer period into the fall.

SOME ARTICLES PUBLISHED ABOUT OUR FARM:

Come visit us at the Made in Manitoba Expo in Port

Merry Christmas from our family to yours. Savour t

The wonderful tastes of summer live on in our sask

Thanksgiving weekend will soon be upon us. When pl

It’s apple season at Riverbend Orchards. We are

The gooseberry is one of the more unusual fruits t 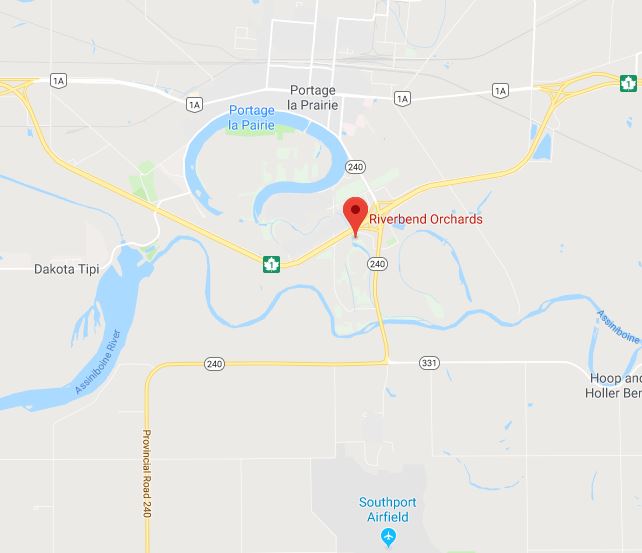